Although social media has some benefits when monitored and used sparingly, researchers have linked the sudden decline in teens’ mental health to spending too much time on social media. Coined ‘Facebook Depression,’ teenagers who use social media in excess often experience symptoms of depression, including isolation, disconnection, and a display of self-destructive behaviours.

At the Brain Workshop, our brain training programs are designed to stimulate brain skills needed to keep you mentally smart in addition to improving attention, memory, clarity, logic, and processing speed. We go to great lengths to remain informed on the latest studies and data when it comes to understanding the impact of evolving technology on neurological development. Let’s take a look at how social media affects teen mental health and neurological response.

Facebook, Twitter, Snapchat, Instagram, and Youtube: Social media is at the heart of a teen’s socialization and community. Social media connects teens to their peers locally and around the world. When used sparingly, it can help individuals who struggle with face-to-face interactions or social anxiety. It can also help adolescents form friendships, share ideas, and find emotional support. Yet, with over 95% of teens having access to a smartphone or smart tablet and 45% claiming to be online ‘almost constantly,’ social media can have negative consequences on your child’s mental health. This is especially true for tweens and teens.

As we move towards a fully digitized world, the pressure to go online continues to grow. A recent report by Common Sense Media found that 75% of American teenagers have social media profiles. The same report found: 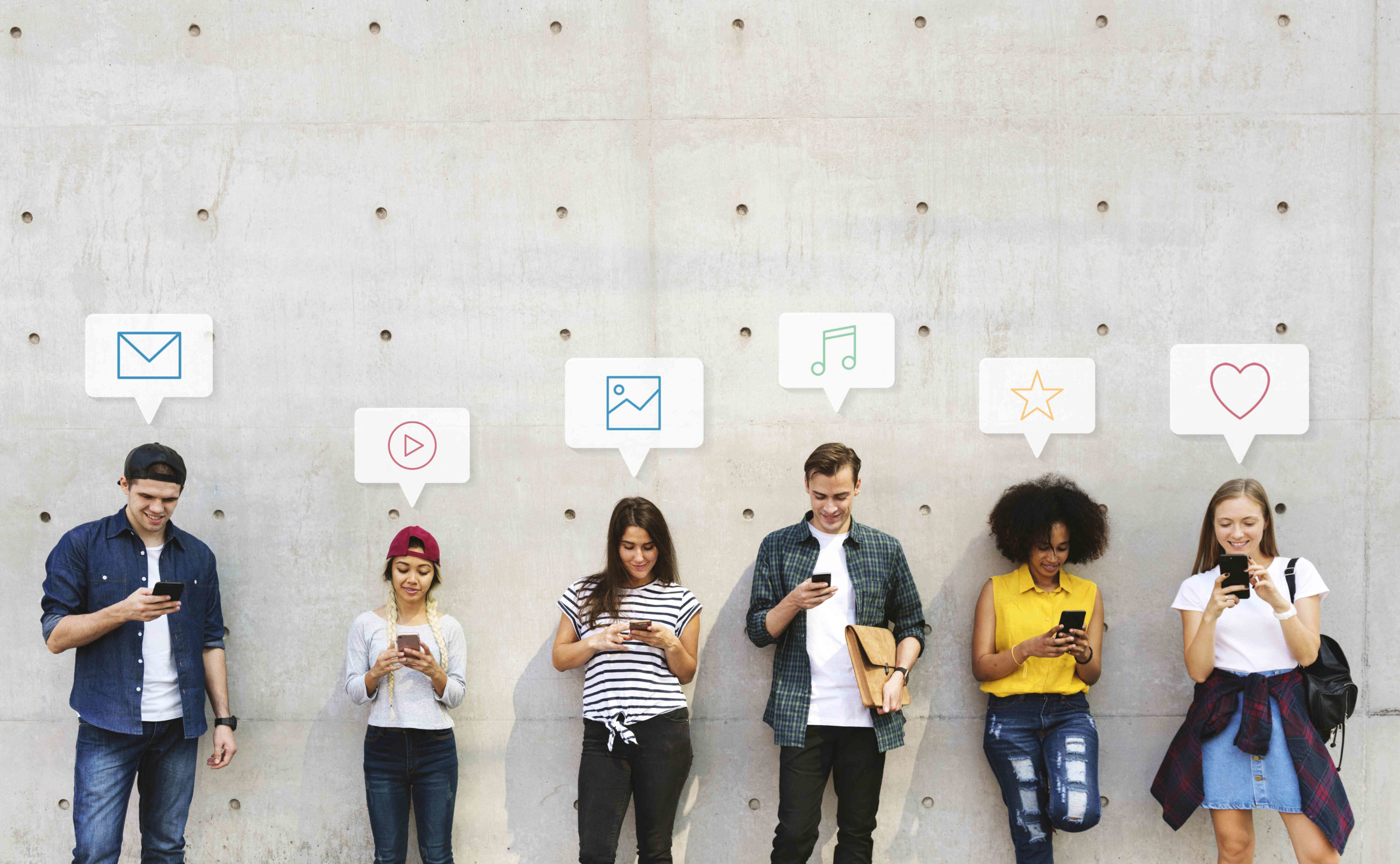 The impact of social media on the teenage mind

Social media can become very addictive for many tweens (ages 8 to 12) and teens (ages 13 to 19). A UCLA study found that teen brains became activated by “likes” on social media, causing them to want to use social media more frequently.

Using an fMRI scanner, researchers took brain images of 32 teenagers to understand how their brains responded while engaged with a mock social media app (similar to Instagram). Study participants were delivered 140 images and were under the impression “likes” came from their peers. However, the likes were actually assigned by the research team. The brain scans showed that various regions, including the nucleus accumbens (part of the brain’s reward circuitry), were active when they saw a large number of likes on their photos. According to researchers, this region of the brain also reacts in a similar manner when we win a prize or view pictures of family and friends.

A similar study found a correlation between social media and peer pressure/influence. Teenage participants were shown both neutral and suggestive images. The study concluded that the type of image had little influence on the number of likes the images received. Rather, participants were likely to hit “like” on popular images, regardless of what they were viewing. Researchers concluded social media can have both a positive and negative influence on users.

The impact of social media on academic performance

It’s common knowledge that when someone is tired, discouraged, and overwhelmed, it can make learning difficult. Studies show that children and teens who overuse social media can struggle with their academics. One study conducted by the University of Nebraska found that 38% of participants admitted they were addicted to social media. Furthermore, 51.7% of respondents indicated social media had distracted them from their homework and studies, negatively impacting their academic performance.

Researchers are only now beginning to understand the correlation between excess social media use and depression. However, several studies have connected prolonged use of social media to the signs and symptoms of depression, anxiety, and low self-esteem, especially in children and teens.

Teens are very emotionally invested in their social media accounts. It takes a great deal of time and effort to meet the demands of maintaining a social media account. Teens feel pressure to respond quickly like their peers and to post perfect images of themselves. This can cause a great deal of anxiety. Social media is also a breeding ground for cyberbullying and other cruel online behaviours, all of which are a toxic source of anxiety for users, especially teenage girls.

Attention span is the amount of time we spend focused on a task before becoming distracted. Distractions occur when our attention is persistently diverted to another activity. Most educators and psychologists agree our ability to focus and sustain attention is necessary to achieve our goals and remain productive.

According to scientific research, our attention span has significantly decreased in the past 15 years. In 2000, it was 12 seconds; 15 years later, it shrunk significantly to 8.25 seconds. While research highlights the negative impact social media platforms have on attention, it’s critical to understand how this phenomenon occurs. British Neurologist, Lady Greenfield, links social media and attention under the theory that social media allows for ‘instant gratification.’ This instant gratification results from the need to respond to posts immediately, creating ‘unrealistic timescales.’ Social media engages the brain’s reward centre, similar to how it responds to drug use, due to the instantly gratifying nature of these simulated interactions.

Taking all social media away in this day and age is near impossible. Social media connects tweens and teens to their peers, helps them build relationships, and find support. However, you can encourage responsible use of social media to limit some of the negative effects. 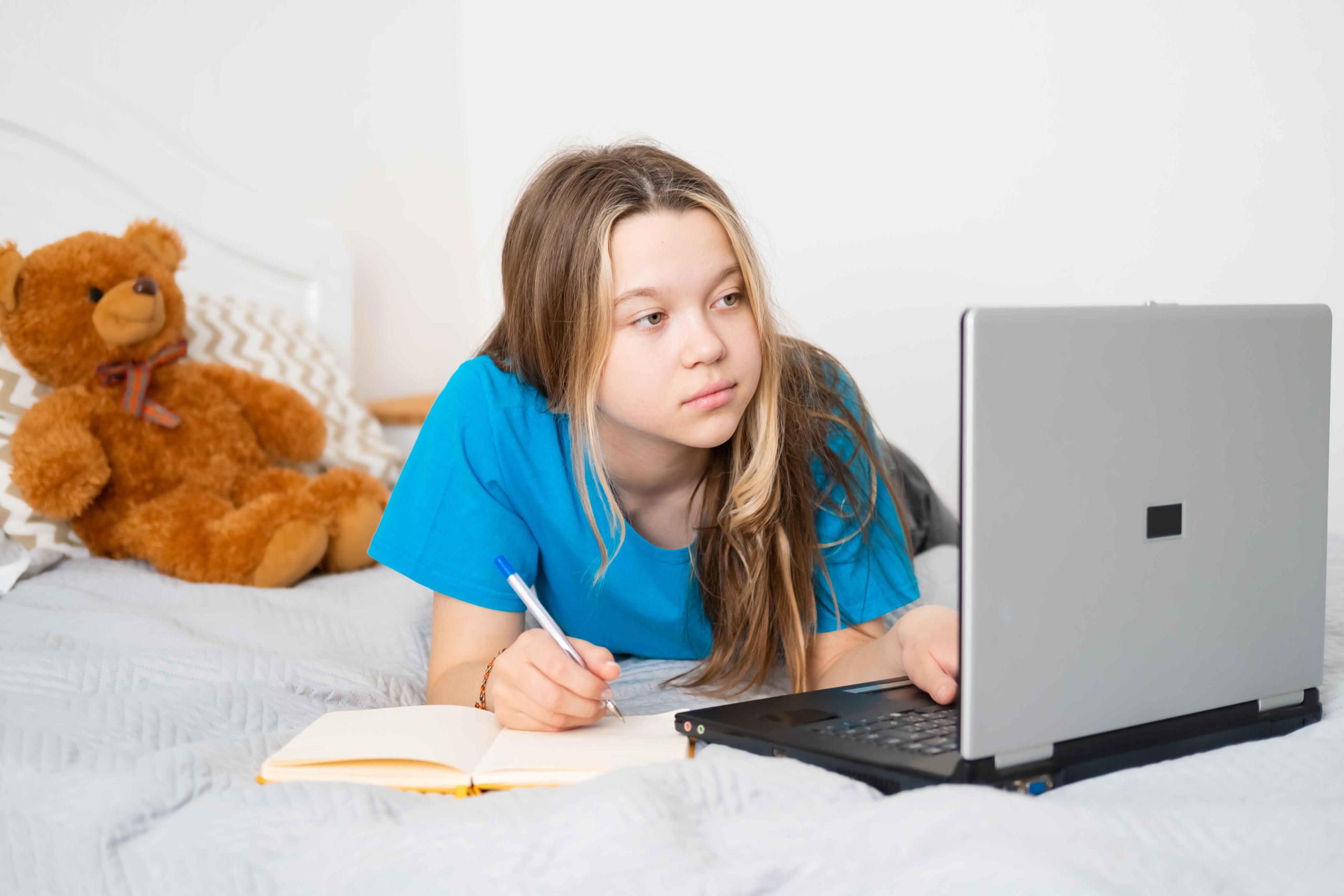 Brain Training with the Brain Workshop

So much brain development takes place during the teen years. It’s essential for parents to understand the impact social media use can have on their children. If you think your teen is experiencing signs or symptoms of anxiety, depression, low self-esteem, or academic challenges related to social media use, talk to your child’s health care provider.

Contact a member of our team to learn more.