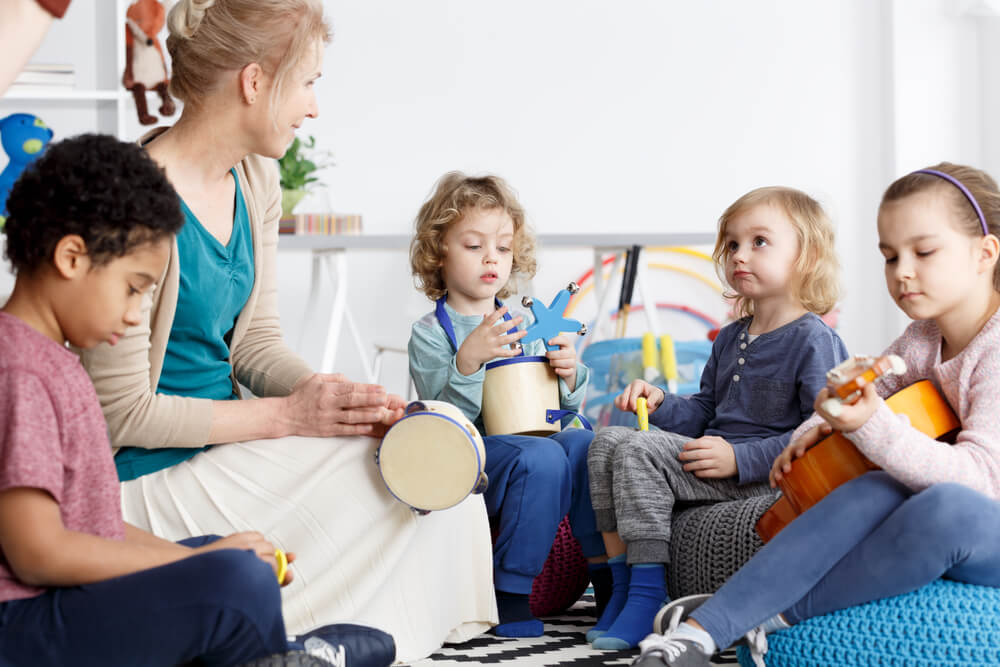 Keep it Fun: The Benefits of Learning Through Play

Learning doesn’t have to be boring. In fact, it shouldn’t be boring! It’s important to balance your child’s time between learning and play, intersecting the two activities to stimulate their developing brains. By incorporating stimulating, creative activities or games as part of your child’s daily routine, you are building the foundation for later learning and .

A glance at the past

Scientists and educators are well aware of the cognitive benefits of play. In 1964, Marion Diamond and her colleagues published an pertaining to brain development and function in rats. The neuroscientists conducted a landmark experiment, raising a portion of rats in boring, solitary confinement and the others in stimulating toy-filled colonies.

When researchers examined the rats’ brains, they discovered that the “enriched” rats had thicker cerebral cortices when compared to the “impoverished” rats. Subsequent research confirmed the results, rats raised in exciting, stimulating environments with “toys” had larger brains. They were smarter and able to find their way through mazes more quickly.

Benefits of Learning Through Play

Play Encourages Communication: Stimulating play grants children the opportunity to develop speech, language, and listening skills. Children listen and talk while they play. Whether during solitary play which promotes self-talk and narration (e.g. “my car is driving up the hill”) or play with a companion, children communicate to add purpose to their play. As a parent or child care provider, you can engage with your children during their play, adding to the conversation (e.g. “where are we going now” or “what happens next”).

Play Improves Cognitive Development: Children who engage in pretend play tend to have more sophisticated levels of interaction with others. Doris Bergen, of the University of Miami, found to support the connections between cognitive ability and high quality pretend play. Moreover, her study indicated that when children are deprived of play, it hinders their ability to problem solve, develop social skills and thrive academically (i.e. math, science, and literacy). Additional research about the benefits of learning through play shows that:

Play Encourages Relationship Building: Social skills are a vital part of language development. Play promotes the development of social skills. Children who play with their parents and peers learn how relationships work through their play experiences. These early relationships serve as a foundation for future adult interactions.

Family Fun: When you add play to your daily routine you can make it a family affair. From building with Legos or blocks to embarking on an adventure in a great book or playing an educational game, get the whole family involved. Not only will you be fostering a fun and positive learning environment, you’ll be spending valuable time together as a family.

It’s never too soon to start!

Early childhood is the most rapid period of development in a human life. It’s the best time to stimulate children into reaching their fullest potentials. Although individual children develop at their own pace, all children advance through an identifiable progression of cognitive, physical and emotional growth.

Martha Farah, director of the center for neuroscience and society at the University of Pennsylvania, found that “an early childhood surrounded by books and educational toys will leave positive fingerprints on a person’s brain well into their late teens.” Throughout the , scientists found that “the more mental stimulation a child gets around the age of four, the more developed the parts of their brains dedicated to language and cognition will be in the decades ahead.”

Children should be stimulated and encouraged to think productively while simultaneously developing their communication and relationship skills. By incorporating fun, creative and stimulating activities into your child’s daily life, learning will take place in such a manner that you child may not even feel like they are learning at all! It just appears to be fun!

Contact the educational professionals at the Brain Workshop to learn more about brain training for kids and how you can stimulate your child’s brain while developing their capacity to learn to grow.